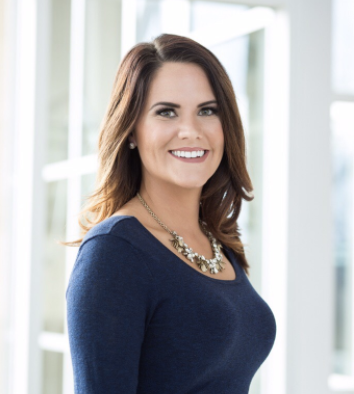 Shayna Hall studied Business and Marketing at the University of South Florida. After being introduced to the design-build industry by her parents, she has spent the last six years with Cambria, a Minnesota based quartz producer. Shayna loves connecting with designers, architects, builders and remodelers. She thrives as a leader in the design community. Shayna has been an active member of the SOKY NKBA since first joining in 2014 and is currently serving as the chapter President.
Shayna was recently awarded her third President’s Circle with Cambria, recognizing her as a top market representative within the organization, which included the inaugural class of 2017. These recipients are selected due to their superior performance, their tireless dedication to excellence, and their diligent work each and every day. Additionally, Shayna has been selected to help with the Camp Cambria Foundation for the last four years as a camp counselor to young children suffering from Juvenile Arthritis.
Shayna has a daughter, Riley, who is charismatic and spunky as can be. Together they enjoy traveling, golfing, and cheering on their beloved Cincinnati Bengals.

Conducting a Virtual Design Consultation: Directing Your Clients with Confidence in this New World