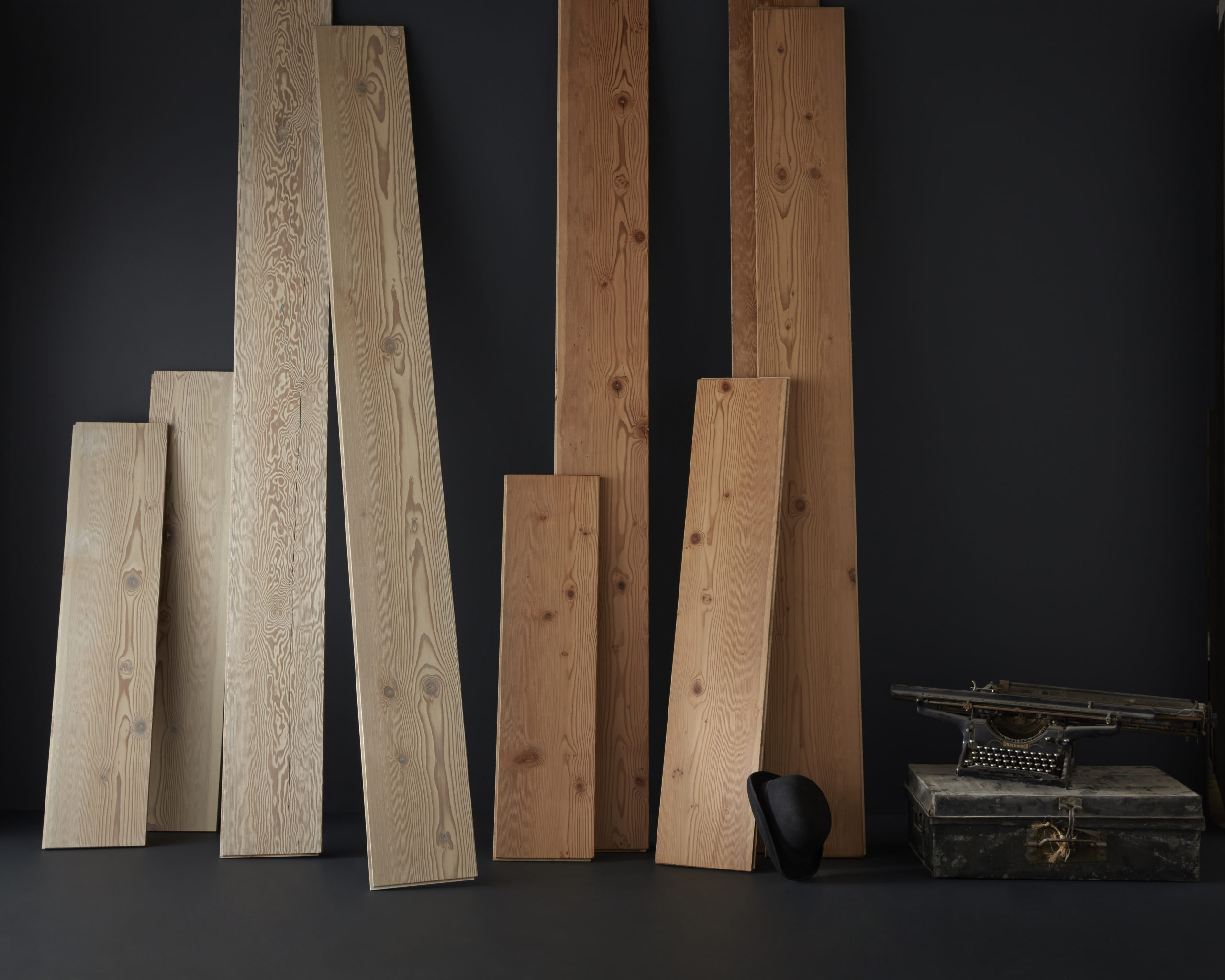 It
all began with Robert Walsh, a 21 year old graduate, restoring reclaimed pine
floorboards in his parents’ back garden… fast-forward 25 years Ted Todd
continues to thrive with Robert firmly at the helm, bringing the finest wood
floors to the market from around the world. Ted Todd began its journey with
hard work, passion and a desire to push the boundaries. Originally focusing on
restoring beautiful reclaimed floors, in 1995 Robert and his team were the
first in the UK to create wide plank solid wood floors using new European Oak;
from there Ted Todd as we know it began to take shape. Robert continues to
source the unusual; the unique; the treasures of the past – alongside working
with and guiding his team to explore the new. Ted Todd creates the trends and
leads the way for the new classics to take hold.

In
celebration of the 25th anniversary, September sees the launch of
the finest Woodworks by Ted Todd collection to date. With historical, cultural,
antique sources the Winter ’18 collection brings a contemporary take on
beautiful wood with true stories to tell; as ever, treated with the utmost
respect and care to retain the individual characteristics that make the wood so
special.

It’s
not often that the opportunity to own wood with such great historical
importance presents itself. This reclaimed British Columbian Pine was privy to
the private conversations of Winston Churchill and key influential figures
during both World Wars. Extracted from the Old War Office, an iconic landmark
in London, it will soon get a new custodian, who will have the privilege of
walking on floors that have been part of key events in British history.

The
Old War Office, a neo-baroque building in Whitehall, was responsible for the
administration of the British military during the major conflicts of the 20th
century. Lord Kitchener and David Lloyd George had their offices here as did
Sir Winston Churchill who helped mastermind Hitler’s demise in its rooms and
corridors.

The
construction of the Grade II listed building took 5 years to complete and
served as a War Office from 1906 until 1964. After 1964 the building continued
to be used by the Ministry of Defence, who referred to the building as the “Old
War Office”. In 2014 the Old War Office was sold to Hinduja Group, with plans
to redevelop the building into a five-star luxury hotel and 88 high-end
apartments. With the development underway, Ted Todd became the custodians of
the wood, which will be crafted into engineered planks, of varying widths and
lengths.

The
restoration process of this Colombian Pine was meticulous and Ted Todd’s
artisans took extra care in ensuring that this wood, with such great historical
importance, was never dishonoured. Utilising the timeless combination of
beautiful old wood and meticulous craftsmanship we have crafted War Office
Pine, a fully restored engineered reclaimed wood floor that embraces timeless
elegance.

The
wood takes on two different finishes – the first with a natural look and an
oiled finish that lets the original patina of the wood shine through, the other
a bleached version with more contrast between the board and the grain, also
with an oiled finish.

This
wood originally grew in old growth forests in British Colombia. Not only do
these planks represent the ultimate in sustainable flooring, their compelling
history is ready to begin a new chapter at the hands of the next owner.

Stored
at the Ted Todd workshop for 20 years Robert knew from the get-go that this
wood was something special. Originating from one of England’s finest stately
homes, the species’ official name, Quercus Robur beautifully describes the
outstanding quality of the wood: quercus, “oak” + robur “strength. A
wonderfully hard and strong floor, it seemed only fitting that the newly
restored boards receive an equally worthy title. The collection has been
thoughtfully named after a similar oak species within England – the Bowthorpe
Oak, in Lincolnshire is thought to be the oldest living oak in the country,
estimated to be 1000 years old!

Bringing hundreds of
years of history, aristocracy and culture with it, the Ted Todd team have
respectfully crafted the wood to celebrate the natural beauty. Offering two
finishes; the first, a natural look that lets the patina of the wood take
centre stage; the other a bleached version to create a strong contrast between
the board and the grain. Bringing the depth of history to life with a
contemporary new look these boards will live on and evolve with a new home for
hundreds of years to come.

Take
a journey in design, history and culture with Ted Todd’s genuine reclaimed Teak
floors. The story of their Teak began in the early 1800s, when Dutch traders
sailed across vast oceans and settled in what is now known as the Republic of
Indonesia.

The
influence of the Dutch settlement is still very much prevalent in architecture
in the Republic of Indonesia today. Colonial homes were almost always the
preserve of the wealthy Dutch, Indonesian and Chinese elite, the architecture
being a fusion of Western and Indonesian heritage.

Our
Sunda and Babaka Teak floors have been crafted from flooring extracted from
Colonial Indonesian homes undergoing renovations. Due to these renovations, Robert
and his team have become proud custodians of these beautiful Teak floors,
restoring them to reveal the beauty of their heritage and readying them for the
next chapter of their story.

The next phase of this wood’s journey brought it to the Ted Todd
workshop in Cheshire, where the restoration process of the Teak produced two
flooring choices; Babakan Teak, featuring the original patina with a broad open
grain and honeyed tones, and Sunda; bleached, hand cut boards with a
distinctive texture.

Both
Sunda and Babakan Teak floors come in different widths and different lengths, allowing
customers to play with unique styles and finishes: creating a more natural and
organic look. Each board has been carefully hand sawn for the finishing touch,
creating beautiful saw cuts that flicker randomly across the surface of each
board.

Sunda
and Babakan have both been crafted as engineered 20mm planks with a naked skin
lacquer finish.

And
back to where it all began, the newest additions to the Woodworks Editions
range are stunning new wood floors designed and treated to give the feel of
being centuries old…

Beginning
with the colour and texture of beautifully aged oak, a range of new engineered
planks take on a soft, subtle brown-grey tone. Warmth and comfort perfectly
suited for the Autumnal months radiate from the wood to expertly combine the
best elements of the old, with trend-led new.

Kennet
– Subtle metallic grain detail beings this floor to life. Light dances off each
plank to add elegance and interest.

Abott
– a bleached version of the wood, complimented with a blurred grain detail to
offer a contemporary take for an airy feel.

1993 – The journey
began… After spending a summer restoring reclaimed pine floorboards in his
parents’ back garden, Robert, a 21-year-old graduate, received his first order
for 40 square yards for a barn conversion

1997 – As sales of
new wood floors grew so did the determination to ensure these were as
sustainably sourced as the reclaimed floors. Ted Todd became FSC certified,
long before others saw this as a priority.

2005 – Robert and
his team took a leap of faith and moved into a 7-acre manufacturing and
distribution centre in Cheshire, which they still call home today. This was
shortly followed by the opening of the first Design Centre in London’s Mayfair.

2008 – Ted Todd went
national as the company started to develop a network of retail partners, ensuring
customers could get help with selection and fitting from a local flooring
expert.

2017 – The London
Design Centre found a new home at Margaret Street in Fitzrovia, a design hub
easily accessible for architects and designers.

2018 – Ted Todd
celebrate 25 years of creating what they love most – the highest quality wood
floors. Still a family owned business, their floors are found in the world’s
top hotels, retail spaces, residential developments and work spaces. 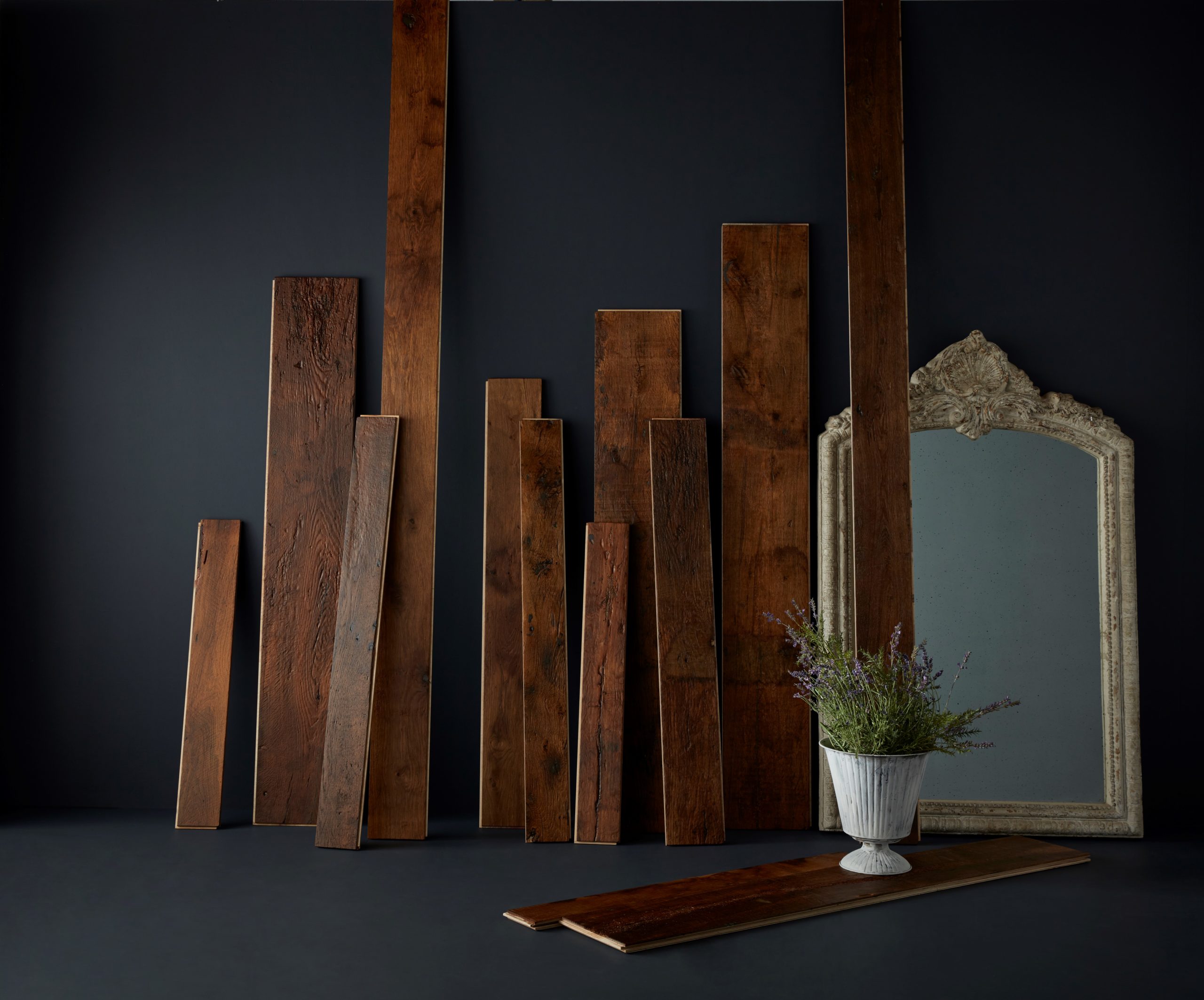 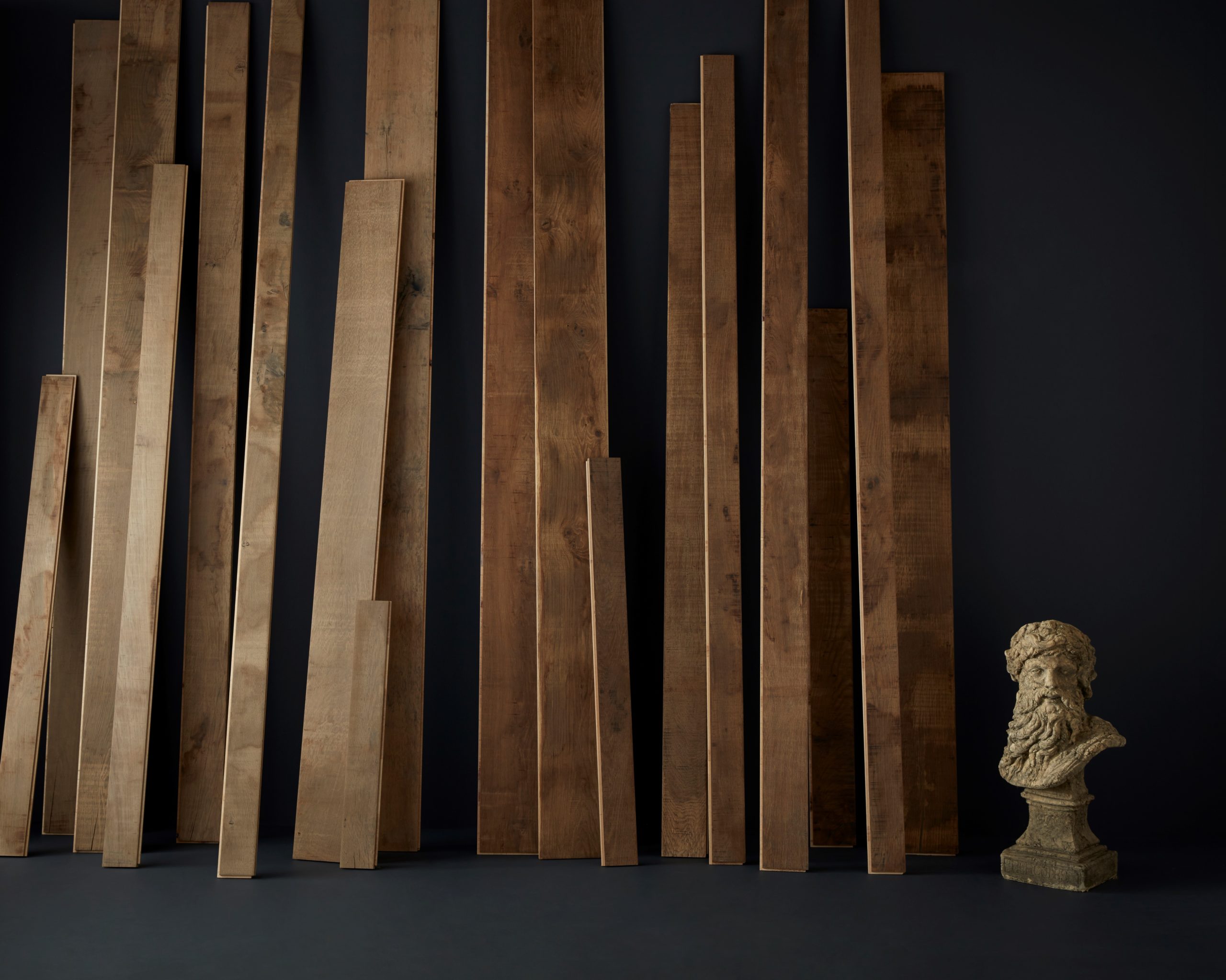 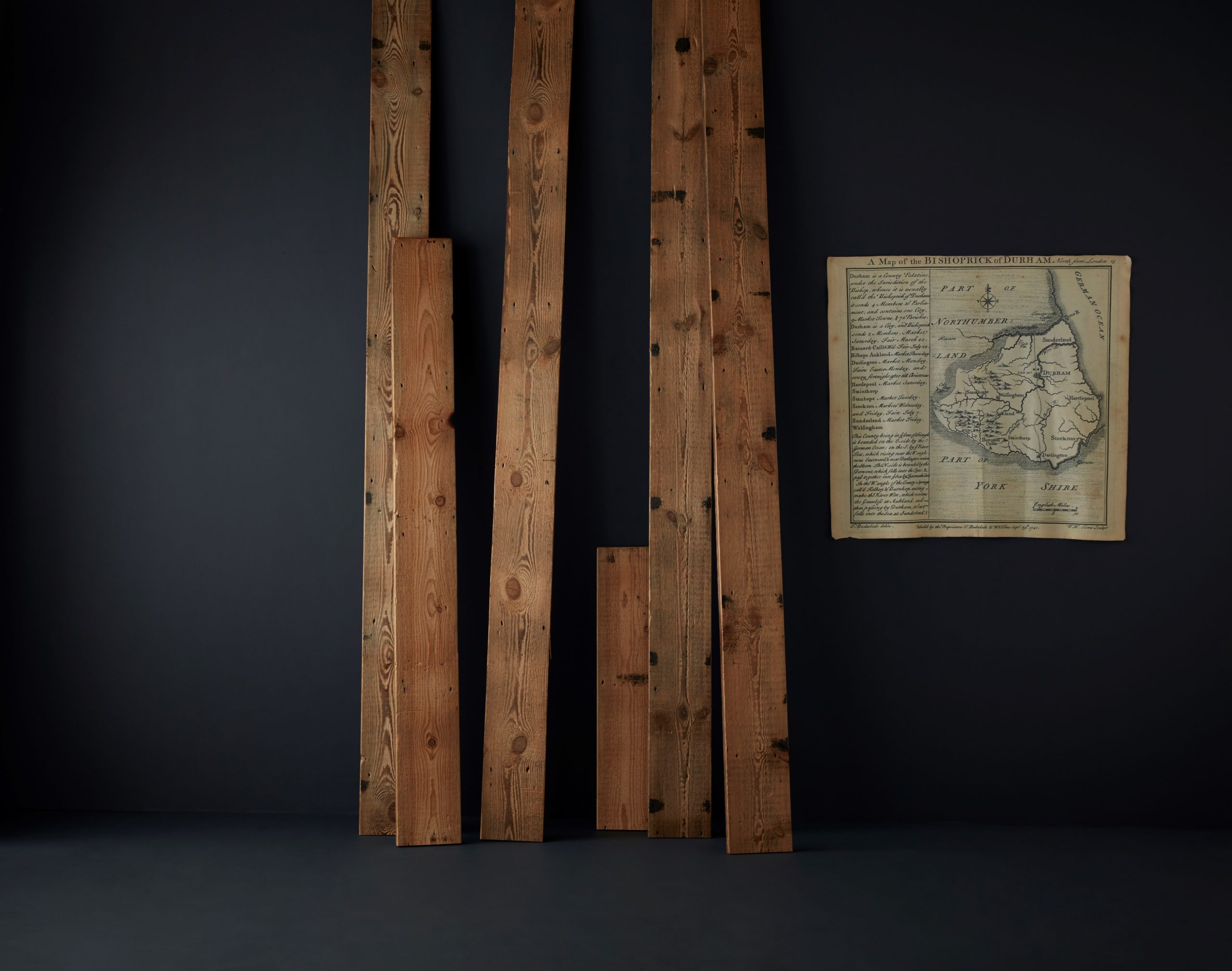 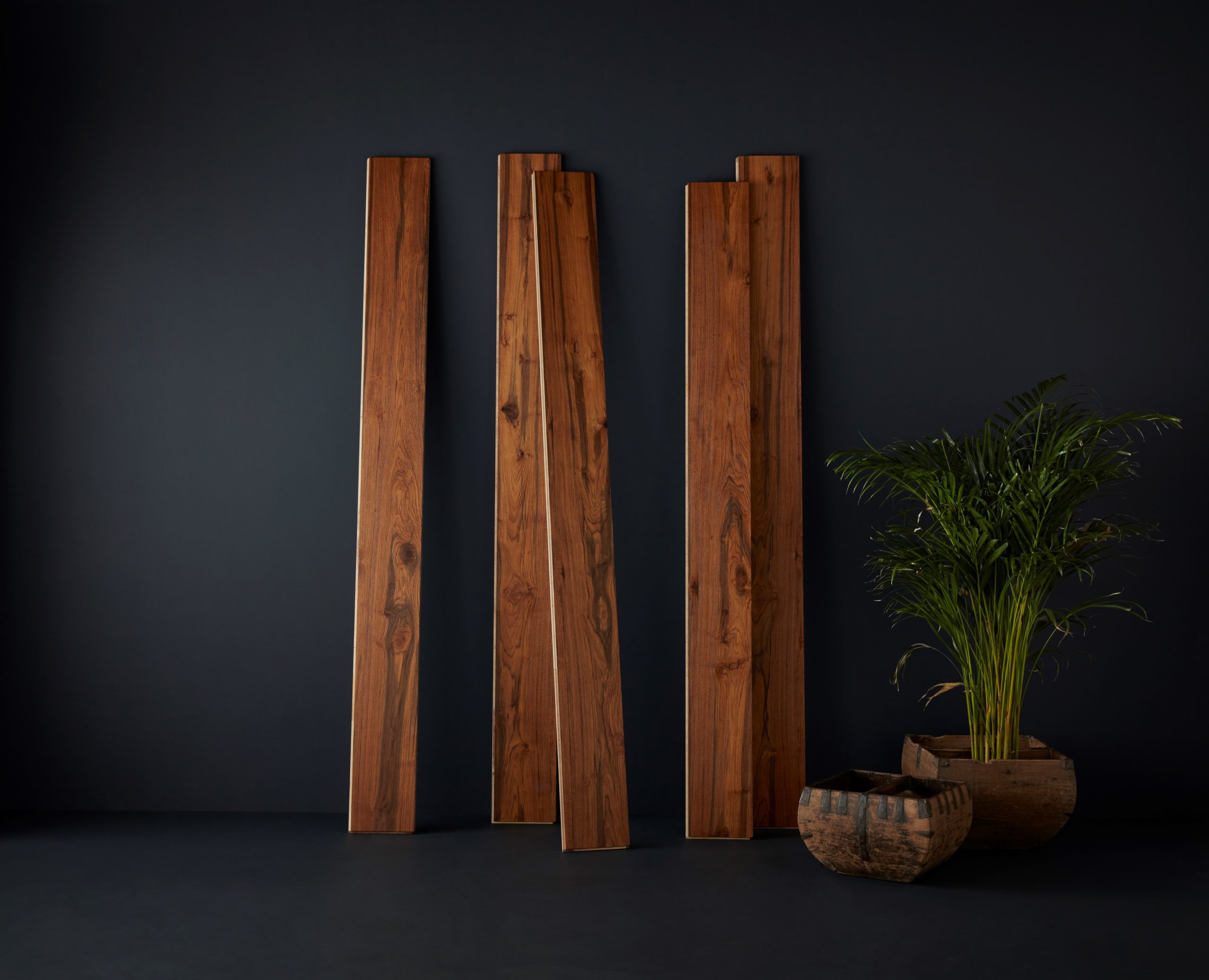