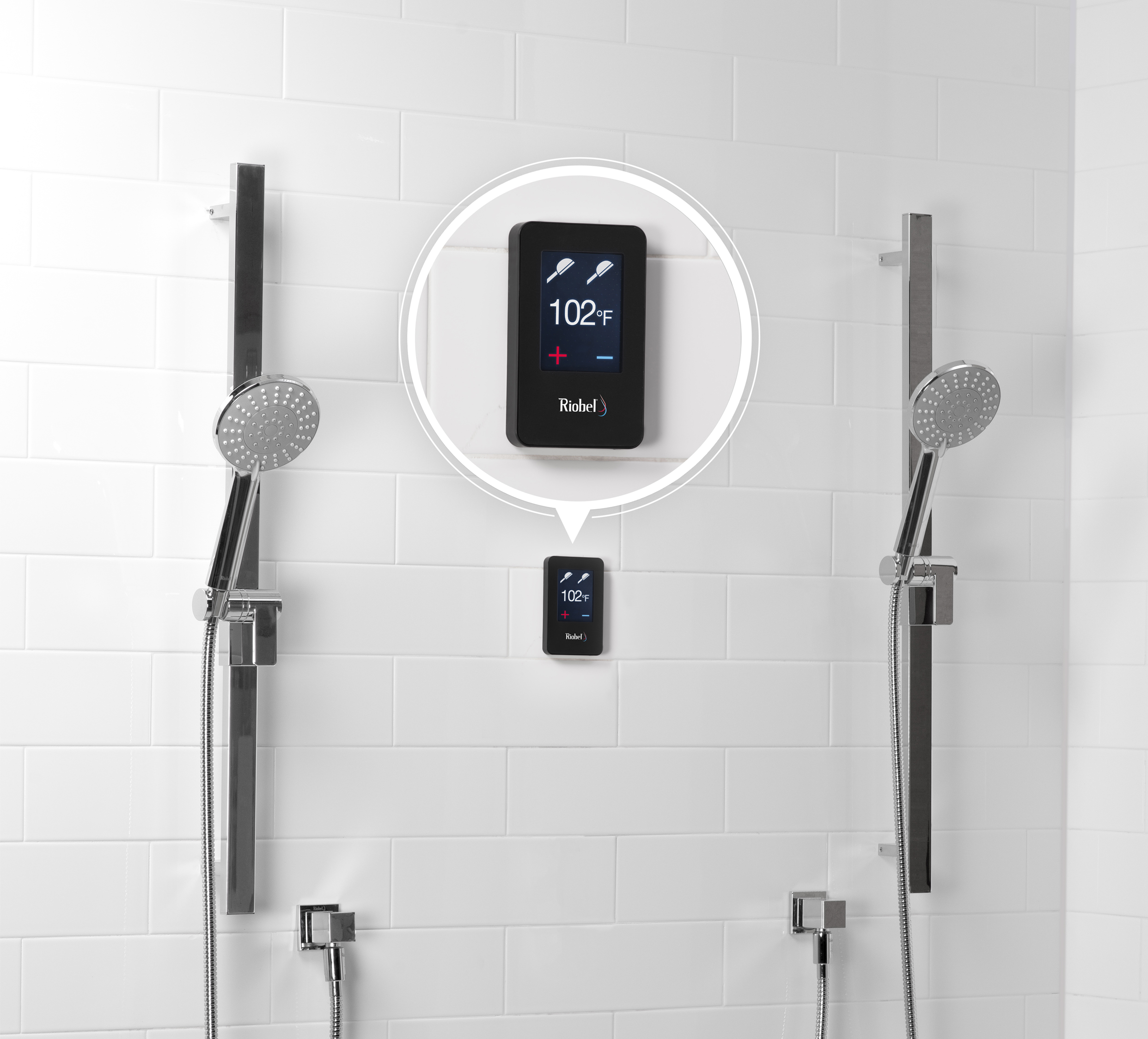 Saint-Jérôme, September 6, 2017 — Riobel, an innovative designer of faucet and shower systems, has launched its latest innovation: an electronic shower system known as the Genius™ Shower. The company, which has been in operation for nearly 25 years, is based in Saint-Jérôme on the outskirts of Montreal.

Thanks to its versatile design, the Genius™ Shower blends in perfectly with all bathroom decors. This high-tech shower system is sure to satisfy all expectations. Simple and user-friendly – two words that perfectly sum up the Genius Shower™. Its digital keypad is so easy to handle that everyone in the family will be able to use it, regardless of age or dexterity. You can activate one or two components simultaneously. Just push the buttons and relax. Thanks to its highly sophisticated temperature sensor, the Genius™ Shower easily lets you set the water temperature you want. No more freezing or scalding water!

The Genius™ Shower is an electronic pressure-balanced thermostatic shower system, which means it provides stable and safe water temperature in the event of a drop in hot or cold-water pressure. Installing it is easier than installing a regular shower system since the valve is designed to be inserted between two 2×3-inch studs in a discreet spot such as a closet, under the sink or behind the shower.

The Genius™ Shower outputs up to 19 liters of water per minute at 60 psi, even in the event of a power blackout. In fact, it is one of the few electronic shower systems on the market that comes with an auto-recharge battery with a 1.5-hour life.

About Riobel
Riobel Inc. is a Quebec-based company renowned for its wide selection of bathroom and kitchen faucets, shower systems, and accessories. The company has consistently achieved rapid growth since its launch in 1995.

Riobel products are designed in Saint-Jérôme, on the outskirts of Montreal. Thanks to its vast distribution network, they are sold in more than 500 retail outlets throughout Canada and in many states in the U.S. In Saint-Jérôme and Toronto, a team of nearly 150 employees is actively involved in sustaining the company’s reputation for excellence.

In 2014, Riobel opened the first institution dedicated to teaching and training in faucet and shower systems: Riobel Academy. Its mission is to showcase the brand’s efficient and high-performance products. At the Academy, trainers teach the mechanics of faucets in the company’s technical center and in a classroom equipped with a wall of roughs and interactive learning tools. The training program can be customized for diverse participants, including plumbers, designers, sales professionals, and plumbing students. Riobel Academy is the leading training resource on faucet and shower systems in Canada. 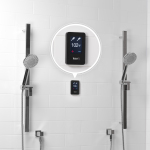