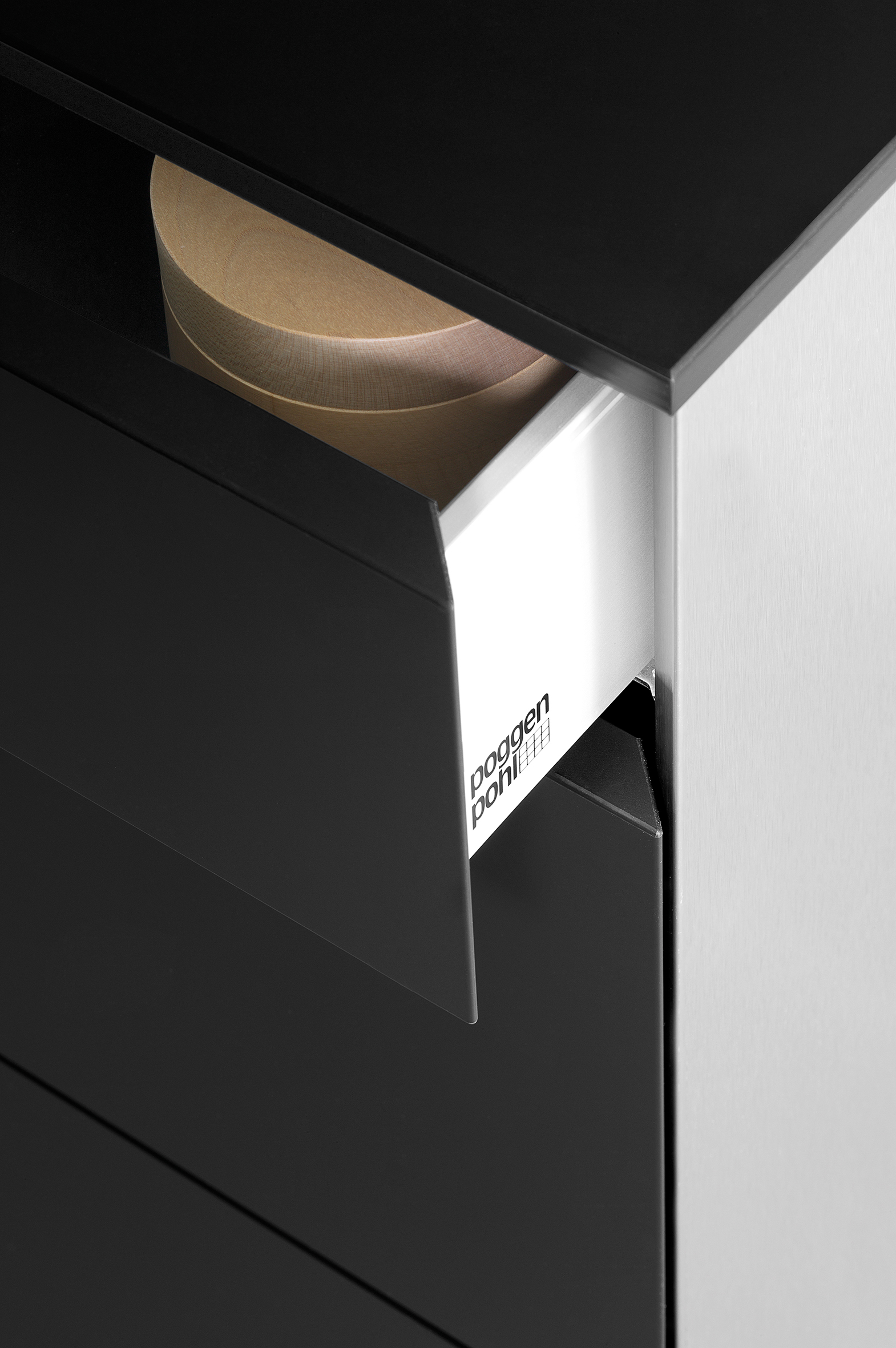 Poggenpohl introduces the P`7350 design by Porsche Design Studio for the first time in the United States at the 2015 Kitchen and Bath Industry Show (KBIS) in Las Vegas, Nevada. The extraor-dinary kitchen concept can now be admired and ordered from Poggenpohl corporate showrooms and dealers across the United States and Canada.

Poggenpohl and Porsche Design Studio – both companies have been synonymous with unique design, functional perfection and innovative mate-rials for decades now, previously jointly developing the P`7340: a unique kitchen that marked a milestone in the history of fitted kitchens.

That philosophy now continues with the P`7350, resulting in a kitchen architecture that departs from the horizontal lines of conventional kitchens in a completely new interpretation. This effect is made possible by the technol-ogy of industrial mitering of the cabinet front and body. The front merges with the cabinet body in the miter to form an exquisitely engineered, verti-cal line. The mitered cut of the cabinet body is additionally covered with a stainless steel-effect aluminum profile, to further enhance the combination of engineering excellence and innovative design.

Poggenpohl is the first kitchen manufacturer to be able to produce this elaborate finish with the aid of leading edge, extremely high-precision manufacturing techniques – engineered, not just simply designed!

The second unmistakable stylistic component of the P`7350 is the blades: solid, vertical design trims made of stainless steel-effect brushed aluminum. They bring variety to the delicately shaped front surfaces, strongly empha-size the vertical lines and can be placed in all functional areas of the kitch-en. Experimenting with the contrast between the solid blades and the deli-cate lines of the front takes full advantage of the possibilities of the P`7350.

Poggenpohl offers three neutral colors within the exclusive P`7350 color scheme with a matte and with a gloss lacquer finish, in addition to an ele-gant walnut veneer in grey. The P`7350 is not only impressive as neutral-colored kitchen architecture; but also by combining the colors with one another or adding fronts in grey walnut results in a completely new ambi-ence that never fails to highlight its special character.

Poggenpohl creates luxury kitchens and has been at the forefront of kitch-en cabinetry design for over 120 years. For more information, visit www.poggenpohl.com. 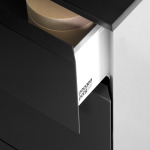