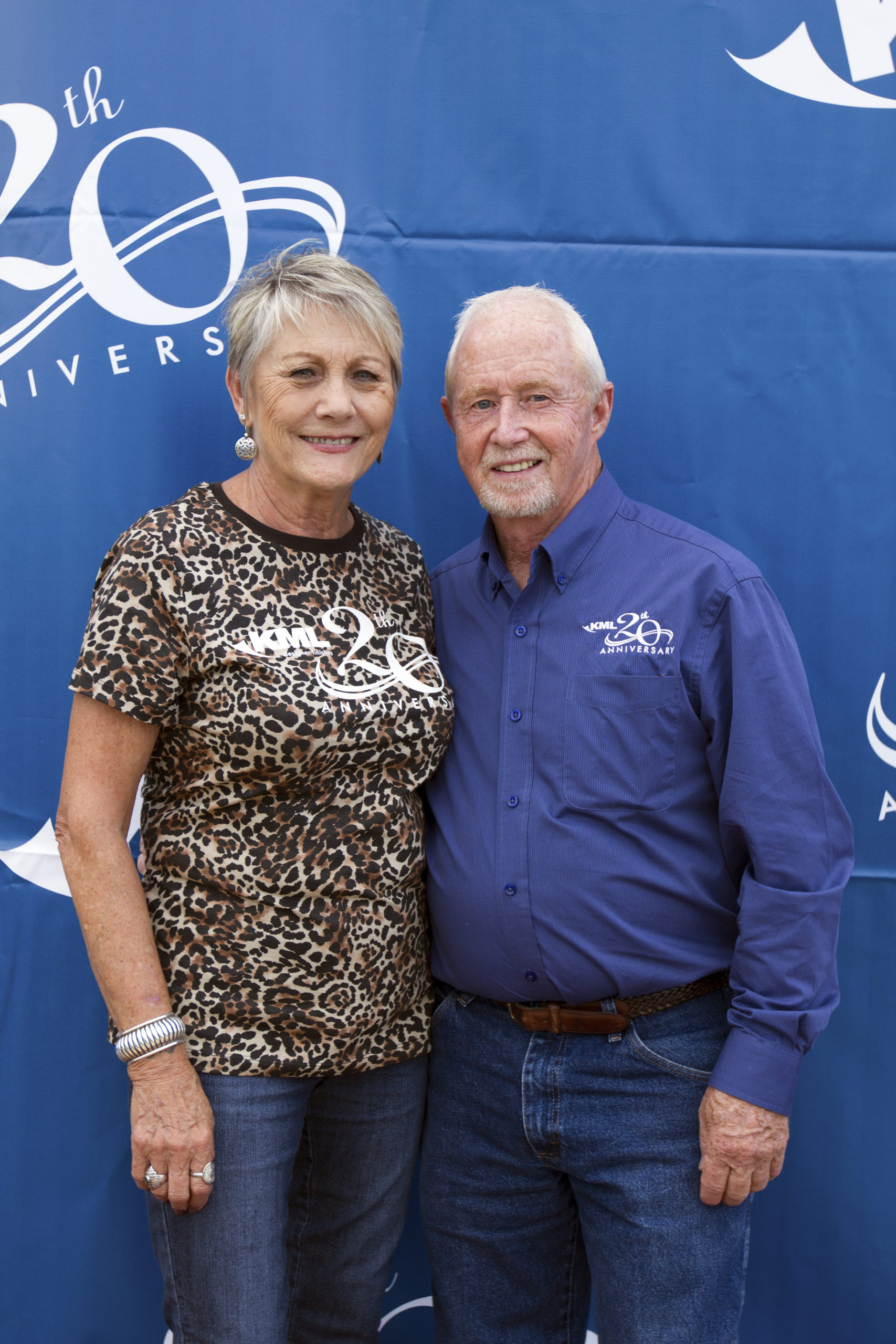 KML Designer Finishes, a national leader in the composite panel industry, celebrated its 20th anniversary earlier this month with a red-carpet-casual event held at the company’s Tacoma, WA, headquarters. Honored industry guests, clients, and vendors from across the country, and as far away as Germany came to celebrate with the family that built KML into what it is today. Other special guests included the Mariner Moose and local musician, Steve Stefanowicz.

In 1995, Willie Wanker acquired Kurt Moss Laminators, then a healthy, regional business located on Proctor and 56th in Tacoma. Since then, Willie has twice re-christened the company, first Kustom Material Laminators, to keep Kurt Moss’ initials, and finally KML Designer Finishes. The changes brought about by Willie and his business partner and wife of 50 years, Viola, have been more than cosmetic though. They’ve grown KML into a national leader in the decorative surfaces and panel industry through tireless innovation and strong customer care. In 2002, the company’s growth allowed it to move to its current 100,000 sq. ft. plant located in the Port of Tacoma area.

Truly a family operation, the company that produces 4,000 laminate panels a day between its Tacoma and Stockton, CA, facilities also employs Willie and Vi’s grown children, Leta and Bob, who head up marketing and operations respectively. Maintaining a down-to-earth, family-oriented culture is important to the Wankers. They’ve decorated the offices of their cutting-edge facility with taxidermy from Bob and Willie’s hunting trips. Joked Willie Wanker, whose workday attire consists of Wranglers and polos,”We’ve been really fortunate to build a quality team with a lot of longevity. I can’t tell you why they’ve all stayed so long except maybe our casual dress code.”

Gary McGillivray, whose been a big part of KML’s sales and R&D, credits the company’s commitment to their employees. “Even in the middle of the recession, they worked with each employee to keep everyone they could. Even if it meant fewer shifts, they kept as many people working as possible. Now with the economy going strong again, it feels like we need two shifts a day, six days a week.”

The 20th Anniversary event itself showcased KML’s penchant for mixing hi-tech industry with high-touch, downhome hospitality. Guests and employees feasted on smoky barbecue, sipped sweet tea, and enjoyed a cupcake bar and live music. Guests received fun t-shirts, a chance to win gift drawings, and even got to take turns getting red-carpet selfies with the Mariner Moose.

One lucky guest even won a little piece of Las Vegas as the drawing’s grand prize, a gift card to N9NE Steak House at The Las Vegas Palms. This prize was inspired by the many industry trade shows that take place in Vegas throughout the year. Said Leta Falk of the event, “KML’s employees and customers have made us what we are. It just felt right to celebrate with them. Our motto remains the same after 20 years: “Big enough to handle, small enough to care.” The entire company owns this ethos from KML’s incredibly competent new office administrator, Stephanie Hewitt, to the management and owners.

KML operates eight presses split between state-of-the-art facilities in Tacoma, WA, and Stockton, CA, producing a shared 4,000 panels a day. They are the exclusive manufacturers of EDGEWOOD. KML offers some 800 patterns and eight textures in total.