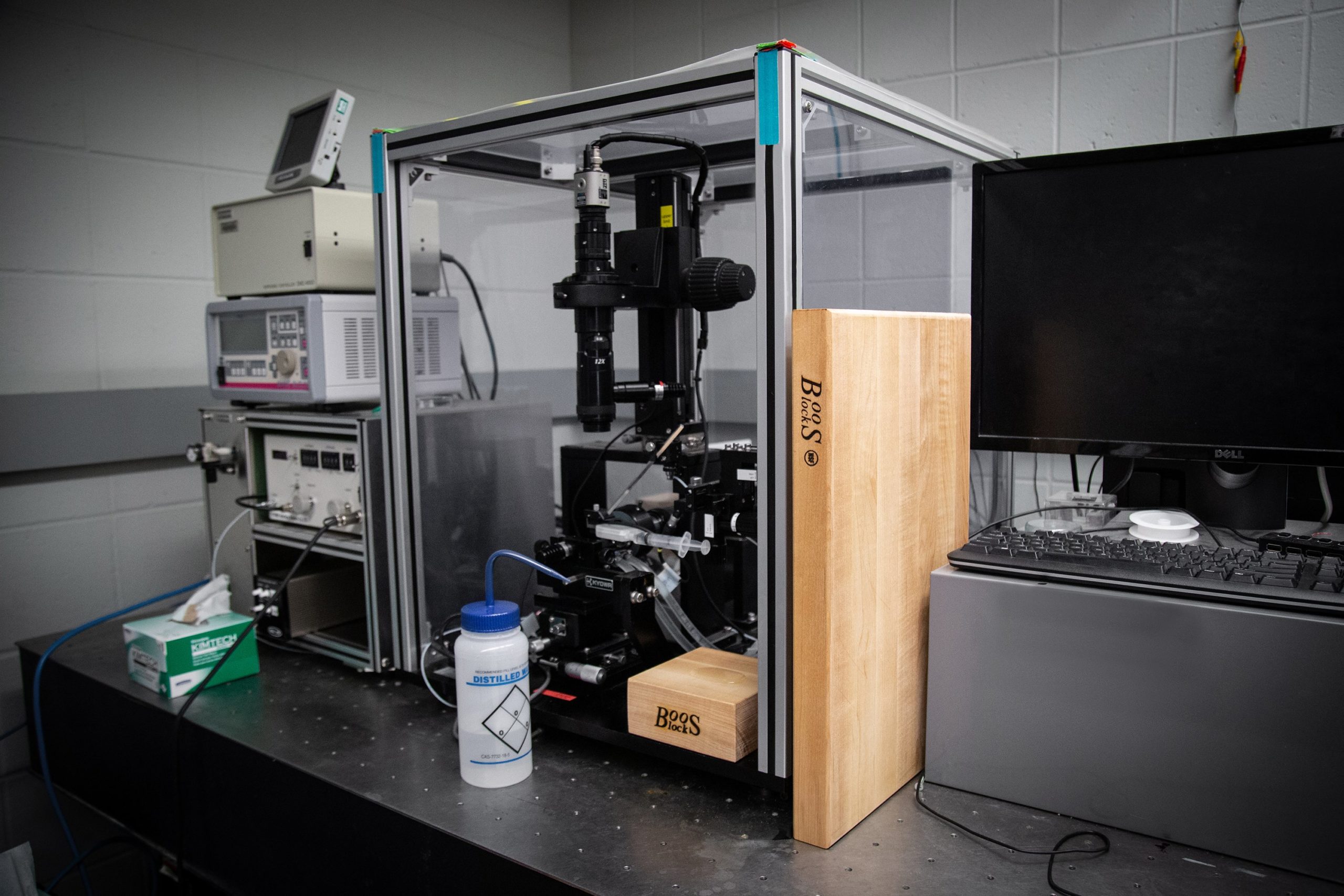 (Effingham, IL)
– July 24, 2019 – Used since 1887 by professional chefs, butchers, and in
millions of homes, Northern Hard Rock Maple cutting boards by John Boos &
Co. are known for their functionality and practicality. New research out of the
University of Illinois this month adds further credibility to the hygienic benefits
of using Boos Block® cutting boards.

The new study
conducted by Mechanical Science and Engineering Professor Nenad Miljkovic and
his research laboratory at the University of Illinois, found that the NSF
listed Northern Hard Rock Maple cutting boards by John Boos & Co. kill
bacteria. Data gathered by the team concluded that application of the NSF
listed Boos Block® Mystery Oil and Board Cream on the boards created an
“antimicrobial, hydrophobic surface that decreased their surface bacteria to a
‘clean level’ in just three hours” without using recommended board cleaning
procedures.

Proper board
cleaning procedures are still recommended to maintain the board’s
surface. John Boos & Co. recommends wiping the board down with a clean
disposable towel after each use to the remove the food liquids from the board’s
surface. Next, rinse the board with warm soapy water and dry it immediately
with a clean cloth. Finally, reapply a layer of Boos Block® Mystery Oil
followed by a layer of Board Cream. Never wash a wood cutting board in a
dishwasher or immerse it in a sink full of water.

Ted Gravenhorst
Jr., John Boos & Co. Vice President of Sales and Marketing, was pleased to
reconfirm that the NSF listed John Boos USA grown Northern Hard Rock Maple oil
finish cutting boards, kitchen islands, and countertop surfaces are
antimicrobial. He summed it up, “Independent research has existed about the
antimicrobial qualities of hardwood boards; however, the ‘new-news’ from the
University of Illinois lab confirms that the addition of Boos Block® Mystery
Oil and Board Cream facilitates the process of killing bacteria, thus creating
a clean surface for cooks to use over and over again.”

Professor
Miljkovic and his group have extensive knowledge in the area of nanoengineered
surfaces and coating technologies. “We’ve been working on developing micro and
nanostructured surfaces with antimicrobial function for the past four years as
part of a separate collaboration with U.S. Army Construction Engineering
Research Laboratory (CERL) and the Department of Entomology,” Miljkovic said.
“Teaming up with John Boos & Co., a leader in the foodservice industry,
opened up a new avenue of academic research that we had not considered before.
Prior to this project, we believed the function of cutting board oil was simply
to prevent drying of the wood, but our research showed that it actually enables
microbes to absorb into the wood grain, which contain antimicrobial enzymes
that kill bacteria. We found that USA grown Northern Hard Rock Maple, used by
John Boos & Co. to create cutting boards, was the most effective species of
hardwood that contained these antimicrobial enzymes, which kill bacteria.”

Miljkovic’s
team’s research shows that the proprietary factory-applied antimicrobial
surface of John Boos & Co. Northern Hard Rock Maple cutting boards can be
maintained by proper care and maintenance using the Boos Block® Mystery Oil and
Board Cream, making the cutting boards a safer, cleaner alternative to other
boards on the market today.

Since 1887, John Boos has manufactured butcher blocks from
sustainable American hardwoods, which have no carbon footprint, for commercial
and residential use. The company is based in Effingham, Illinois. More
information is available at www.johnboos.com.

The Department of Mechanical Science and Engineering – University
of Illinois

The Department of Mechanical Science and Engineering boasts
top-ranked degree programs in engineering mechanics, mechanical engineering,
and theoretical and applied mechanics. MechSE’s curricula offer students
unparalleled strengths in key fundamental areas, such as fluid and solid
mechanics, thermodynamics and heat transfer, dynamics and controls,
biomechanical sciences, computational science, applied math, applied physics,
and chemistry. The unit is under the College of Engineering at the University
of Illinois and is led by Department Head and Professor Anthony Jacobi.

• Press Release From The University of Illinois Department of
Mechanical Science and Engineering https://mechanical.illinois.edu/news/miljkovic-validates-antimicrobial-properties-illinois-company%E2%80%99s-cutting-boards

• Photos, logos and additional information about the study can be
found in the link below. https://drive.google.com/drive/folders/1BbJzgEO8-1BU7yL9iNImFYRnOby1B0Q8?usp=sharing

•
Watch our short video about the antimicrobial study. https://youtu.be/B6KBGgnSS0M

•
Proper Cleaning Procedures To Maintain Your Wood Cutting Board Surface:
1. Wipe the cutting board down with a clean disposable towel after each use to
remove the food liquids from the board’s surface.
2. Rise the cutting board with warm soapy water and dry it immediately with a
clean cloth.
3. Reapply a layer of Boos Block® Mystery Oil followed by a layer of Boos
Block® Board Cream.
4. Never wash a wood cutting board in a dishwasher or immerse it in a sink full
of water. 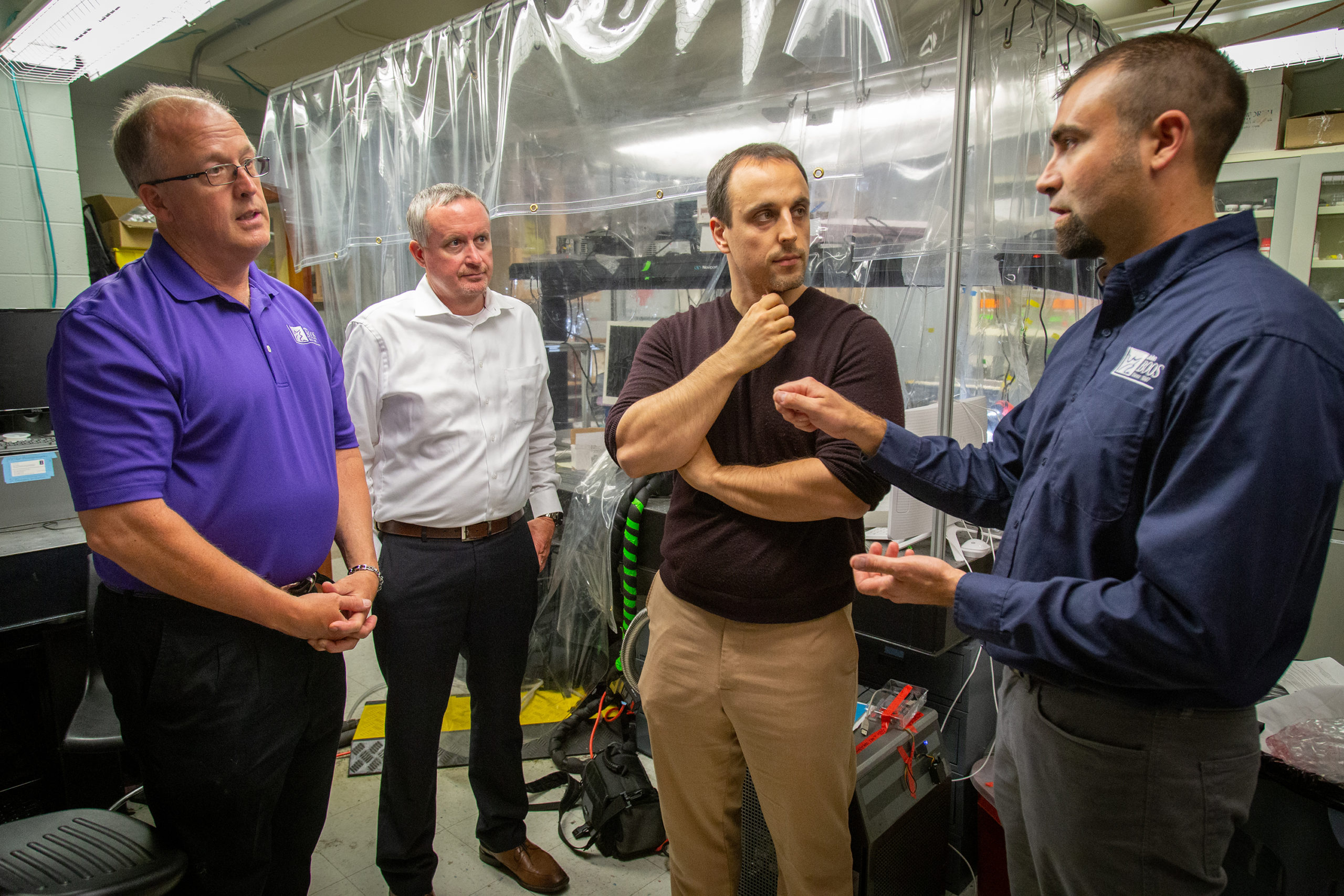 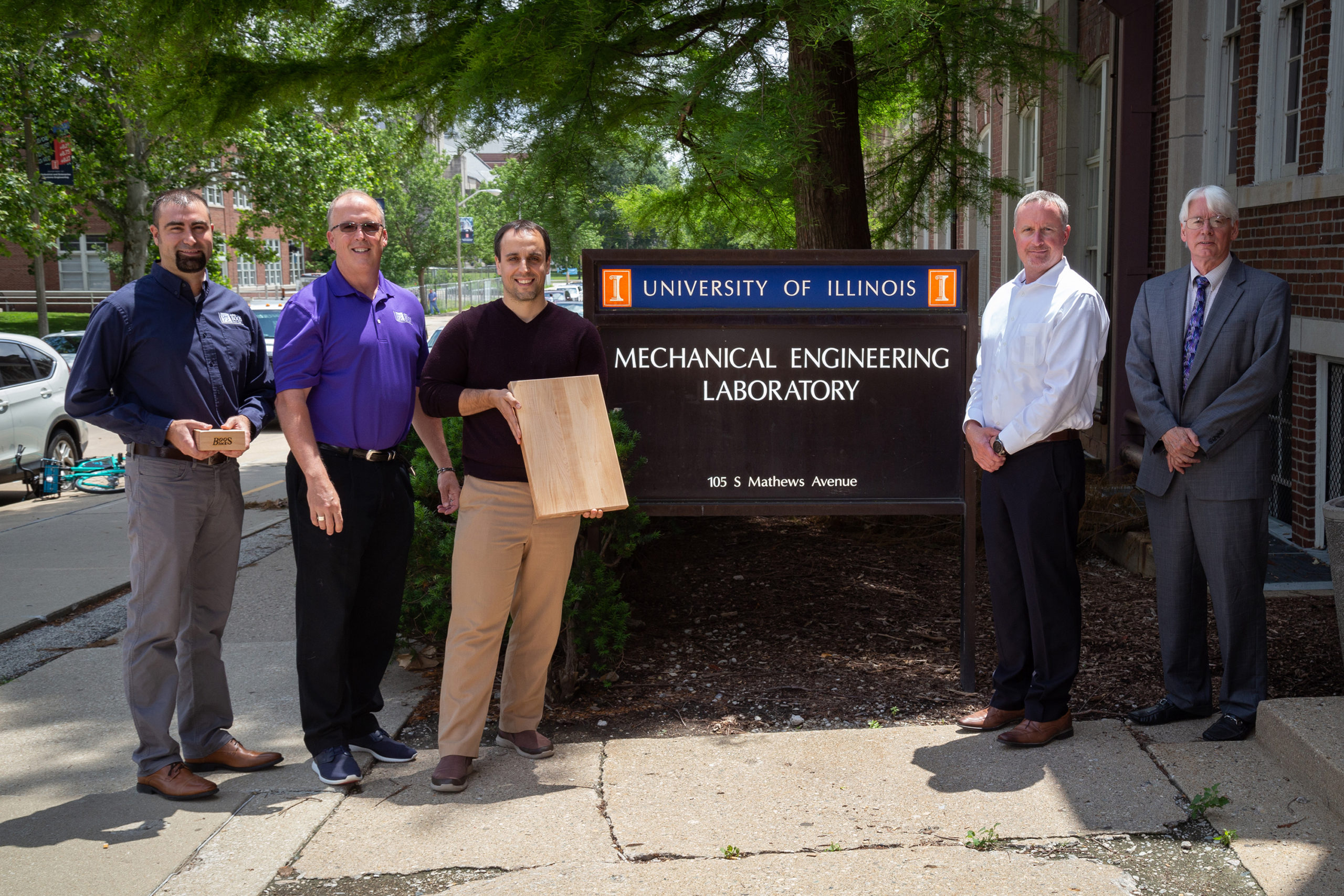