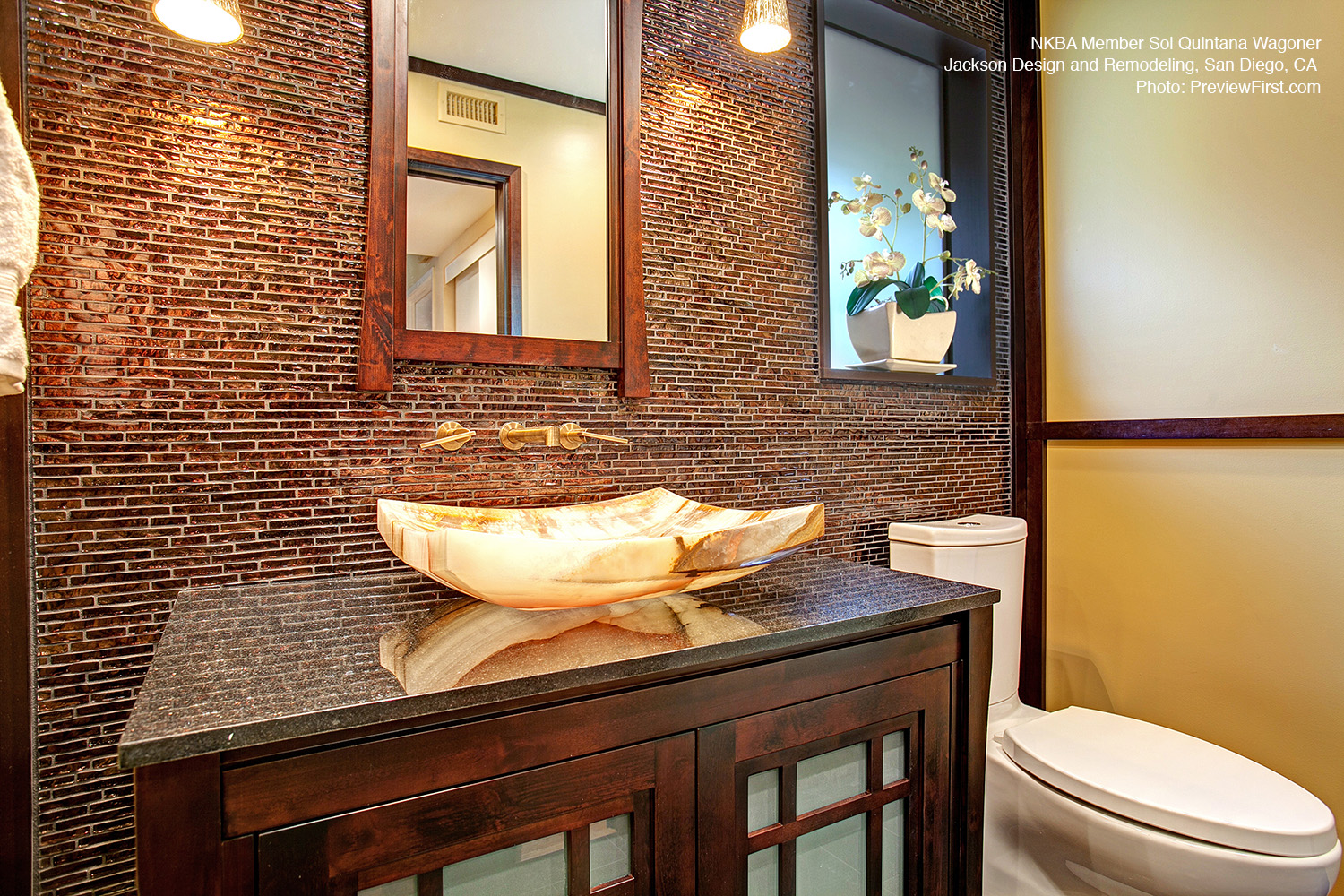 America’s bathroom styles are shifting. According to research released today at the 2014 Kitchen and Bath Industry Show (KBIS), we like our bathrooms contemporary, spa-like, accessible, and easy to maintain.

The ascendency of contemporary style is a major shift in the NKBA 2014 Kitchen and Bath Design Trends Survey. As recently as a few years ago, traditional styling represented three-quarters of the bathrooms designed by NKBA members. Traditional bathrooms are now trailing contemporary (68 percent), while still representing 62 percent of the bathroom projects completed by NKBA bathroom designers in 2013.

Other key findings about bathroom design trends:
• Beige and bone color schemes, with white fixtures and polished chrome faucets were popular designs in 2013. Gray, the third most popular color scheme in 2013, will be by far the fastest growing in 2014, according to 58 percent of designer respondents.
• Fifty-seven percent of NKBA respondents specified bathrooms they described as universal design/accessible in 2013. And 60 percent anticipate doing more in 2014.
• Fully 64 percent of NKBA designers specified a soaking tub in a master bath, with 42 percent expecting that trend to accelerate in 2014. Preferences lean towards free-standing non-jetted tubs.
• About a third of designers included lighting in showers; and 70 percent included benches or seats. Both are expected to increase in 2014.
• Electric radiant floor heating was specified by 55 percent of respondents and half see it increasing in 2014.
• Steam showers gained steam, with twice as many respondents specifying steam showers as whirlpools for master baths in 2013. Forty-four percent of respondents see the demand for steam showers increasing in 2014.
• Approximately half of NKBA respondents specified no-threshold showers, and seven out of 10 expect to do more in 2014.
• Eighty-four percent specified comfort height toilets and 81 percent, comfort height vanities in 2013. Almost two-thirds see them increasing in 2014.

The 420 kitchen and bathroom professionals who participated in this year’s research represent a significant segment of the market for professionally designed and installed bathrooms in the United States and Canada. Respondents reported bathroom project prices ranged from less than $5,000 to more than $30,000.

Respondents reported the products, colors and features they used most often in their 2013 bathrooms, then predicted which ones will flourish or fade in 2014.

In the fading column, NKBA members noted a decline in Provincial and Tuscan-style bathrooms, as well as a decline in rustic/country looks. Black is the least popular fixture color and is predicted to decline even more in 2014.

“The outlook for 2014 bathrooms is simple style, with an emphasis on clean lines and functionality that provides accessibility and easy maintenance,” said Maria Stapperfenne, CKD, CBD, of Tewksbury Kitchen & Bath in Whitehouse Station, N.J.

The 30-page 2014 NKBA Kitchen & Bath Design Trends report presents detailed findings and designer forecasts for 2014. It is available at no charge to NKBA members in the members section of NKBA.org/members.
Find NKBA members near you by visiting NKBA PROsearch at NKBA.org/prosearch.

About The National Kitchen & Bath Association

The National Kitchen & Bath Association (NKBA) is a nonprofit trade association that owns the Kitchen & Bath Industry Show (KBIS®). With 60,000+ members, the NKBA has educated and led the kitchen and bath industry since its founding in 1963. The mission of the NKBA is to enhance member success and excellence, promote professionalism and ethical business practices, and provide leadership and direction for the kitchen and bath industry worldwide.