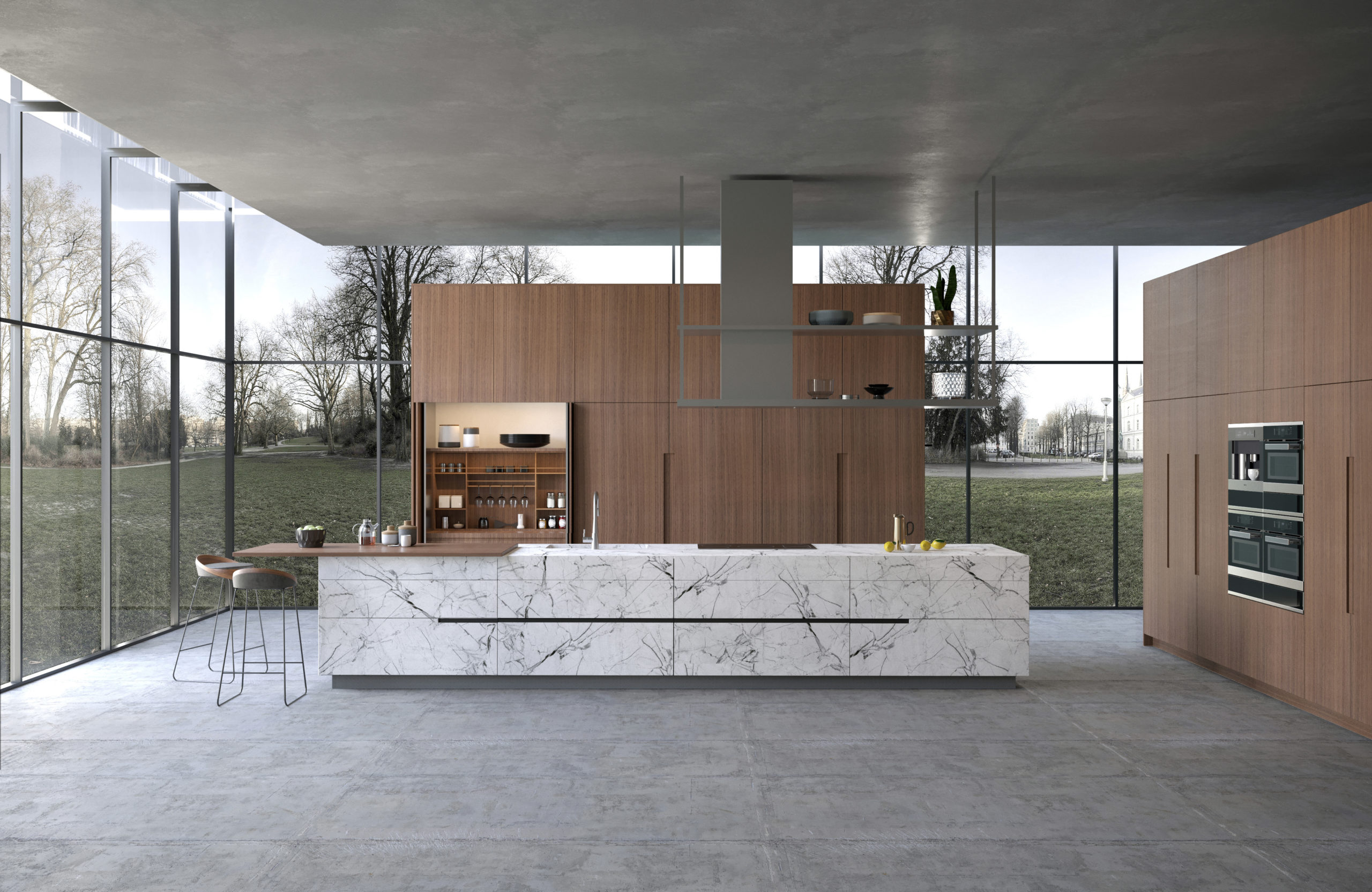 BT45,
the design industry leader in Germany, for the first time presents its collection
of technologically sophisticated, luxuries and innovative kitchens to the elite
of the interior design, construction and architecture in United States. The grand
launching of the BT45 kitchen line will be held at  KBIS Show in Las Vegas on Febuary 19th
2019.

BT45,
the team of German kitchen Tailors, has been bringing the technical elegance
and innovative design to the rest of the world from 1921 and finally will be available
to American consumers. BauTeam is proud to
participate at the KBIS show in Las Vegas with 100 sqm stand designed by the
creative director Natasha Shtapauk in collaboration with Hermine Ohanian,
Cesar Giraldo, Helga Schwert, and Freimut Stehling

BT45
is featuring its BT45 CG kitchen: Monolithic and absolutely sublime – this
generously sized kitchen block in Nero Marquina genuine marble with its
straight size which defines the room in a timeless manner. It is a clear
statement for a kitchen that becomes a workshop for every aspect of indulgence
and enjoyment. The arrangement provides numerous benefits for professional
chefs, such as BT45 accessories for every kitchen drawer and PITT burners.

Besides
the natural marble kitchen island, BT45 is featuring its intelligent pocket
door system which is used as storage for small cooking appliances, the legendary
glass roller shutter “Climber”.

The
main kitchen wall is made with natural grey concrete doors which make the whole
construction appear to have been hewn from a single block.

Since 1921, our kitchens have
been telling the story of creativity and German design which are forever tied
to innovation and quality. All components are manufactured and fully assembled
in Germany to exacting standards using laser-scanning technology. Attention to
details, the finest materials and design innovation all work seamlessly
together to give life to an exclusive German tailored kitchens.

Developed by Bauteam and made
in Germany with strict quality criteria which used only components sourced from
the finest European suppliers, BT45 kitchens are the result of what happens
when superior materials and planning solutions unite. BT45 kitchens are furnished
with a full set of sophisticated accessories made of black oak and set in a
mate black finish. The luxury accessory set is designed and made in Germany with
style and substance, ensuring that BT45 kitchens are never overlooked.